A place for general One Piece discussions, like "who's your favourite character?", or "why is Zoro the perfect vice captain?" 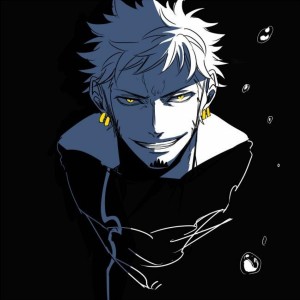 Hi all! I'm sure we have talked about this before but as the series progresses our opinions are constantly shifting and more attention can be given to various characters. So let's rank the Strawhats from Favorite -> Least Favorite (1 being the best and 10 being the worst).

If you're not up to date with the manga this may contain some minor spoilers.

What does your list look like? Where would you put Yamato is he joins? Doesn't seem like Carrot will be joining at this point, does it?

This could easily change based on what One Piece clips I watch later but this is a rough list (I like them all so it's super duper close).
1. If you know me at all you know who's here. She's so smart and badass!!!
2. Luffy (When I see him I can't help but smile.)
3. Franky (I want him to be my Dad.)
4. Nami (Her role as a straight man, ironic considering she's likely neither, is a good part of the crew dynamic. Go Nami for making sure nobody dies!)
5. Sanji (I would place him higher if it weren't for the overuse of pervert jokes)
6. Usopp (He is underrated and honestly kinda relatable.)
7. Zoro (I'm gonna die for this placement but make no mistake he is a badass.)
8. Brook (Funny skeleton man go brrr.)
9. Chopper (Poor guy got screwed over by the plot. He was so awesome at first.)
10. Jinbe (This is just because I'm not used to him in the crew yet. He's probably gonna ride up later though.)


Good list!
Zoro is definitely a hot take.
Jinbe will grow on us more and more.
Sanji take is understandable.
Funny skeleton man go brrrrr cracked me up lol.

This is a redundant topic. It already exists here @seiryu please merge them. Thanks.


let the new topic live and thrive my friend lol


I probably could place him higher if I watched enough Zoro compilation videos.


If I had Yamato in my rankings then he'd be somewhere in the 5-7 range currently.
Poor Robin getting no loveeeeee lol


If I had Yamato in my rankings then he'd be somewhere in the 5-7 range currently.
Poor Robin getting no loveeeeee lol

Return to “One Piece General”