This is the place for our beloved PAW contest.
Post Reply
15 posts

It is finally time to announce the winners of The Monthly PAW: July 2020!


Congratulations to all the winners! For the people who didn't win anything, I'm still happy you participated and wish you better luck next time

It is time to hand out the flairs and I will also transfer the VCCash directly to your vaults so it won't get stolen. The names of the participants will be added to all the submissions in the voting thread for those who are interested.

I'll see you in the August PAW!

Uwaaahh! That awesomegawsomepalooza Isekai story really was Grin-san's entry. I had a feeling from that title x'D
Will we really get that light novel???? Please pretty please???? @Grin

Congratulations to all the winners!!!!

All the entries were really great this time, especially the photography ones. @Christina-san's drink just had to be a liiiiii'l bluer for it to be a Percy drink x'D

Congratulations everyone! Those were overall some mighty fine entries. Please do join again for this coming month!

I wonder if @sweetjacky is going to add her image to the KG fan club?

Yup, still got it. That's your Creator of the Creative Zone, Grin-sama! ...uh, good work everyone, is what I meant.

Eh...? You'd actually read something with that ridiculous title? I'll see what I can do.


I’d read it. I totally wanted to read a continuation of all the stories.


I will read it BECAUSE OF that ridiculous title

I have an art thread \o/ 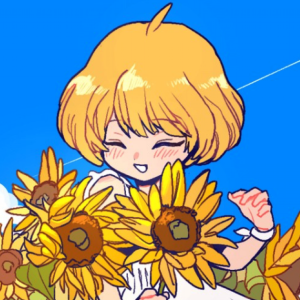 Congrats to all the winners :D
I knew that the isekai story was Grin-sama's xD It has his humor in it.

@negatibuhige It's actually a lot bluer irl but the sun made it look green. And Nega-kun I'm surprised you got such a good story in despite all your assignments

Eh...? You'd actually read something with that ridiculous title? I'll see what I can do.


I bet a story like that would be super lit to read (an Isekai based around Gacha games... do it).

Christina Choi wrote: ↑
Sat Aug 01, 2020 6:42 pm
@negatibuhige It's actually a lot bluer irl but the sun made it look green. And Nega-kun I'm surprised you got such a good story in despite all your assignments

My assignments were done, thankfully. So Jacky-san extending the deadline really helped me a lot. Actually, I had been planning on writing such an isekai story for a long time now. This PAW topic just gave me the extra push to get it done. Lots of things changed as I wrote it, though. I'm studying BBA and that feels pretty useless (though it's too late to think that now) so I was thinking what a BBA student would do if they got isekaid xD But after writing it, that felt too much like an inside joke, so I scrappd that part. Also, I hadn't planned on the fairies being evil originally. And I also wanted a Demon Queen. But somehow it ended with a King and I didn't think much of it because there wasn't much to explore in that character. But now it feels funny cos Grin-san made a Demon Queen x'D

I blabbered a lot. If it makes any sense xD

Return to “The Monthly PAW”